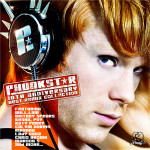 Sneaking out onto their shelves last week, DMC quietly released the “PHUNKSTAR Monsterjam – 10th Anniversary Remix Collection” – but some of you guys still managed to spot it! The celebratory compilation contains a selection of Bentley’s biggest and best remixes including brand new and previously unreleased mixes – hand picked and mixed by the man himself! You can grab the album in CD form from DMCWorld.com or listen to audio clips and download this album from DMCDownload.com.

The reason we’ve been so late in announcing this is we were waiting to get our hands on some copies so we could give them away in a TRUTHSt4lk3rz competition! As soon as we get this sorted we’ll let you know!

Speaking of you clever clever TRUTHSt4lk3rz… as a reward for notching up so many views on Ben’s new “Bandana-na-na” video he’s added some audio clips from the new single “ICUCM / Ain’t Nobody” for you to enjoy. Log into your TS account and check them out!

One thought on “PHUNKSTAR album out now! ICUCM / Ain’t Nobody audio previews!”