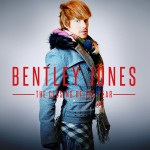 Like I’ve said before, I’ve been wanting to record something for Christmas for a while now. And although my schedule toward the end of this year has been hectic, I really didn’t want to leave it for another 12 months. So in the space of 2 weeks I pulled together “The Closing of the Year” before my return to Tokyo! Now I want to take this opportunity to explain why I chose these tracks and how they came together…

I’ve never really enjoyed the English “Auld Lang Syne”. Maybe its my childhood memories of having to dance around with my folks in costume at our annual New Year parties, but I found the lyrics and phrasing kinda clunky and goofy. The original version of Scottish origin, using the recently extinguished Scots language, seemed to have more class and natural rhythm. I wanted to make the most of this by setting the lyrics to a brand new arrangement. This also helped add a more melancholic feel to the song, since the original was intended to be an up-tempo party celebration. I’ve spent a lot of this year looking back while moving forward and wanted to convey this within this particular song.

I have always loved this song! ^^ As a teenager I spent an unhealthy amount of time obsessing over the original version once I’d discovered it, imagining that one day I would do a cover of it. This truly has been a labour of love. <3 By the far THE most intricate and heavily packed arrangement I have ever worked on! And rightly so. I wanted to update and revamp the original without losing the magic that made me fall in love with it in the first place.

I’ve only ever heard classical rearrangements of this song that seem to lose the warmth of the composition and operatic vocals that don’t hold the emotion of the song’s message. So I wanted to do what I (hope) I do best – a big pop cover with symphonic elements to take the song back to its roots.

At first, I recorded all the lead vocals myself so that when the first demo was presentable we could give it a review. Immediately we noticed the middle section, originally sung by Seal, was too much of a contrast to be sung by the same vocalist as the first sections. So, once again, I roped in the sultry tones of Mark McLaughlin who added an excellent, texture-rich performance. The previous “Ben-Only Version” was included as a bonus track for those curious to know what it sounded like.

Christmas isn’t always a happy time of year. I’ve spent a couple of holidays with my heart broken. (~.^) More importantly, there are millions of people much worse off than most of us. So with all the holiday madness surrounding us on a daily basis, sometimes you simply want to escape. Joni Mitchell’s “River” is another firm favourite of mine, and also something quite different to what I’ve done before. I’m super pleased with the piano arrangement, which is loosely based off Sue Keller’s and the vocals which took all of 20 minutes to record on one lonely Saturday evening and most of what you hear in final mix was captured in one take!

“Joyful” was the brainchild of my previous record label. And, naturally, being a song from one of my Japanese albums they requested that it be as BIIIIIIIIIIIIIIIIIIG as possible!! XD I remember when Nick first heard it he described it as “everything including the kitchen sink… and the draining board… and the scouring pad… and the rubber gloves…” It was originally released last year and broadcast across Tokyo on Shibuya TV, which was kinda trippy! ^^ Since there are no plans to include this song on the forthcoming “UPGRADE” re-release I figured including it on this EP would give a chance to anyone who didn’t hear it the first time around.

“蛍の光” is the Japanese version of “Auld Lang Syne” and although the lyrics have a completely different meaning the song is used in a similar way – at New Years and throughout the holidays but also at graduation ceremonies and occasionally TV specials. Recording a Japanese version seemed like a no-brainer to be honest, but setting it to the new arrangement I hoped would create something interesting. At least, certainly something very different to any previous version of this song I’ve heard.

So there you have it! I truly hope you enjoy the Winter EP as my holiday gift to you guys!! (~.^) Hopefully now you have more of an insight as to what was manically working on before I left – and why after flying away for writing sessions I am now utterly broken and spending the next few days in bed resting!! ^^;