Bentley is officially collaborating with UK-based Shrewsbury College and they are holding open auditions for dancers to participate in his next music video!

The collaboration formed after Bentley composed several pieces for the college’s forthcoming dance showcase. Bentley also performed alongside dance artist and choreographer Poppy Mansfield in the Birmingham Opera Company’s successful production of “Khovanskygate” this year. Inspiration from his recent dance experience has already been reflected in his new video for the single “Evolve”, a theme he wishes to continue with this next project. 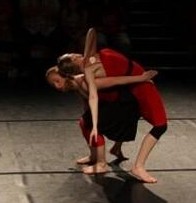 “I am looking forward to collaborating with Bentley,” expresses Poppy. “I am interested in integrating various dance styles, questioning how a performer presents themselves and crafting all the bewildering space in between. ”

Ben and Poppy are looking for dancers of all ages, backgrounds and experience to perform a contemporary piece for the video shoot. Dancers must be flexible to attend several rehearsals held at Shrewsbury College as well as the video shoot itself. Dancers under 16 years old will need written permission and clearance to be filmed from their parent or guardian.