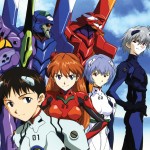 After confirmation from Capcom that the long-awaited “Devil’s Cry” from the video-game series “Devil May Cry” will be featured on Bentley’s forthcoming album “Defying Gravity”, another thought-to-be-lost track is confirmed to be re-recorded and rearranged for the new release. This time it’s the legendary theme from the Japanese anime Evangelion [新世紀エヴァンゲリオン] – “Zankoku na tenshi no teze” [残酷な天使のテーゼ].

Bentley originally recorded this cover for the anime project “WE Я ANIMADE” back in 2011 which was eventually abandoned in lieu of his sequel album “TRANS//LATION 2”. After several live performances of the song and it recently airing on internet radio, TV Tokyo have officially confirmed that Bentley’s cover will feature on his forthcoming album “Defying Gravity” with explicit approval of Ben’s brand new arrangement, significantly different to the original, from the original composers.

Just like “Devil’s Cry”, “Zankoku” has been given some spit and polish including brand new vocals to bring it up-to-date with Bentley’s latest work. “Defying Gravity” has now finished production and a release date is expected to be announced soon. In the meantime, the singles “Evolve” and “Nothing. Everything.” are available now.