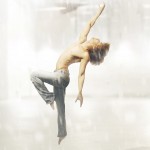 As well as releasing his glorious album “Defying Gravity” earlier this year Bentley surprised us all by taking the role of a dancer in the Birmingham Opera Company’s latest production “Khovanskygate: A National Enquiry”. After a wildly successful launch, sold out shows, critical acclaim and an invite for Ben to continue with the company next year, “Khovanskygate” has now been listed as the number 2 classical music live event of 2014 by The Guardian.

The UK national publication described how the company and its performers transformed the 134-year-old opera into “a searingly relevant work” and that it was “an experience that no-one who was there will ever forget.”

On the Deluxe Edition of “Defying Gravity” Ben spoke about how his dance experience in the opera heavily inspired the styling and photography of his latest album and its artwork.