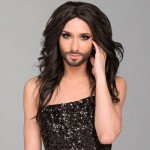 Following her victory at 2014’s Eurovision Song Contest, Conchita Wurst has fast become a global icon for both equality as well as her musical talent. In the build-up to presenting 2015’s contest Conchita successfully released her first single “Heroes” and is now back with the equally enormous anthem “We Are Unstoppable”. And what better way to be unstoppable than to team up with PHUNKSTAR for one of Bentley’s typically amazing remixes.

“We Are Unstoppable” will be released on 5th March, however Sony Austria will be making the PHUNKSTAR Remix available next month. We’ll a preview of Ben’s remix very soon!

In the meantime, the track list for Bentley’s forthcoming EP “Home (TRANS//LATION 3 Chapter I)” has been revealed. Check in this Sunday 15th March at 18:00GMT with Ben for a special Livestream to hear why he’s chosen these songs and what you can look forward to from the TRANS//LATION 3 project. “Home” will be released on 22nd March.