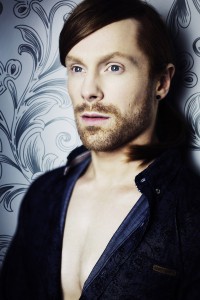 News has reached us of a new song from Bentley that has been crafted to feature in a production by the Royal Shakespeare Institute in Stratford-Upon-Avon, England.

“Delectable Sin (Baby Blue Eyes)” will be the theme of a brand new play that will enjoy an exclusive run next month, with dark lyrics Ben has written about obsession and betrayal, as well as accompaniment by the New York Brass Band.

“The song is as delicious as the title implies,” says producer Marie Ryan. “It’s perfect for our production and is a type of song that Ben has never done before, sure to surprise and excite his fans.”

A video for “Delectable Sin” will also be shot next month. No release details have been revealed yet.

In the meantime, the TRANS//LATION 3 project continues full steam ahead with track list and artwork for “Inspire (Chapter II)” being revealed within the next week. “Home (Chapter I)” is available in all retailers and here in the Official Shop right now.