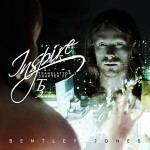 Following the trend set by “Home (Chapter I)”, “Inspire” is a collection of J-pop songs to celebrate Ben’s extensive career in Japan over the past 6 years. It includes covers of Daichi Miura / 三浦 大知 (The Answer), Namie Amuro / 安室奈美恵 (Stardust in my Eyes), YUI (CHE.R.RY), Tohoshinki / 東方神起 / TVXQ (どうして君を好きになってしまったんだろう？) and Ayumi Hamasaki / 浜崎あゆみ (M) who gave personal approval of Ben’s Japanese debut in 2009 and whose management would later exclusively sign Ben as their first ever foreign writer and producer.

“Inspire” is due for release on 30th April.