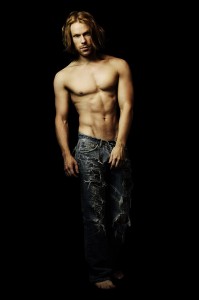 ntley has teamed up with clothing designer brand Addicted for an exclusive underwear and swimwear photoshoot.

Modelling for the Barcelona-based company, the shoot will take place in Greece where pictures will be captured for 2 of Ben’s forthcoming projects that are yet to be announced. After celebrating his 30th birthday in style with the enormous covers project “TRANS//LATION 3”, this collaboration will show a more mature, sexy side to Bentley that you won’t have seen before, embracing the fact that our little Ben-chan is growing up.

Keep an eye on social media at the end of this month for a first glimpse of these steamy photos. In the meantime “TRANS//LATION 3: The Complete Anthology” has been scheduled for release on 15th July with artwork and track list being revealed shortly.