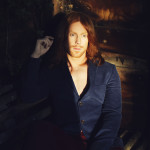 Some light has been shed on Ben’s mysterious new EP “The Prequel” – out on 31st August – in an exclusive interview for Vents Magazine.

Ben reveals that the compilation EP is simply a preliminary release in anticipation of his first ever UK album. Consisting of 3 previously released songs, “The Prequel” is a means to introduce Bentley to UK listeners who may not be familiar with his work before releasing an album of brand new original material later this year.

This next album will be the first time Ben will be promoting in his homeland as well as making his first UK press appearances and will be huge step in his already illustrious career.