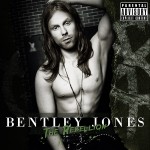 While Bentley’s Rebellion marches on to the sound of his latest album, this year’s behemoth birthday covers project TRANS//LATION 3 has now sold out! While the individual chapter digital EPs (“Home”, “Inspire” and “Play”) are still available, the limited edition “Complete Anthology” CD collection is now permanently sold out. This has sparked discussions of possibly digitally releasing the Anthology collection in the near future.

Meanwhile, Ben’s previous mini-album “Finally Free” is being re-released, making it available on all streaming networks for the first time. The independent EP has sold over 50,000 copies and is considered a favourite by fans as well as being considered a spiritual prequel to “The Rebellion” by Ben himself.