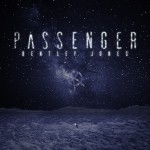 With the sad passing of his father Ben has understandably been spending the majority of his time with his family. Which has meant that promotion for his latest single “Passenger” as well as his next music video has been delayed until further notice.

However, that hasn’t hindered the release of the single itself which was released today! Check out the extraordinary PHUNKSTAR Remix to hear how to successfully transform a mid-tempo ballad into an enormous, euphoric EDM stomper!