THE WEIGHT OF THE WORLD 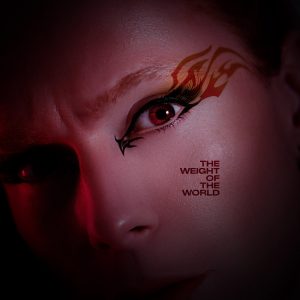 The Examined Life is Not Worth Living

The highly anticipated new album
Out now exclusively on BentleyJones.com 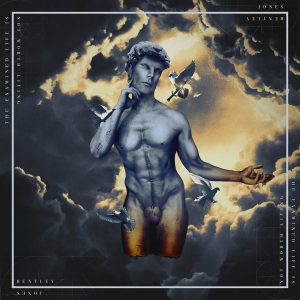 “An incredible artist… one of the most fascinating I’ve ever come across.”

“Beautiful and captivating. A knock out celebration of pride, community, expression and love.”

The Examined Life is Not Worth Living 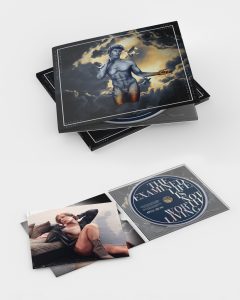 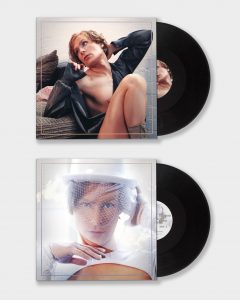 Double 12″ vinyl, each disc has its own exclusive artwork slipcase + lyric sheet

Register your interest and we’ll let you know if this (or a similar product) is going into production.

* These products include instant downloads and are therefore not eligible for refunds under our terms and conditions. 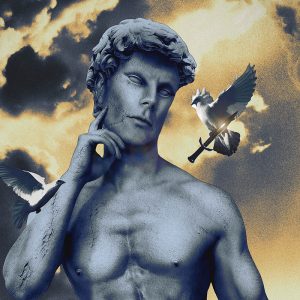 4 years since his last original album (the critically acclaimed “Unravelling”) Bentley returns with his magnum opus. After an electrifying headline performance at the Tokyo Bon Summer Festival in 2019 as part of Ben’s 10th anniversary, his Japanese company did a dramatic turnabout. Stating he was “too controversial” for their audience and the company was “worried what people would think”, Bentley returned to the UK independently in 2020. He continued what would become 2 years work on his most poignant and impressive album to date.

Releasing new music in the summer of 2020, he gained support from BBC Introducing, performed at the historic Global Pride festival to 57 million viewers, earned ambassadorships with 9monsters (the #1 LGBTQ+ app in Asia) and Queens Sounds, and is set to headline Miami Beach Pride 2021 and 2022.

Now he’s almost ready to finally unleash “The Examined Life is Not Worth Living” – 16 incredible tracks elevating his signature slick productions by lacing them with R&B, soul, trip-hop, as well as the enormous pop bops Bentley’s name has become synonymous with.

Relive the journey to "The Examined Life":

I COULD BE YOUR GIRL (OFFICIAL MUSIC VIDEO) | Bentley Jones

I COULD BE YOUR GIRL (PHUNKSTAR RADIO MIX) | Official Remix Video

BEHIND THE SONG | I Don't Really Care (Audio Assassin)

BEHIND THE SONG | I Could Be Your Girl

The making of I COULD BE YOUR GIRL | Part 1

THIS ALBUM WAS MADE POSSIBLE BY:

We use cookies on our website to give you the most relevant experience by remembering your preferences and repeat visits. By clicking “Accept All”, you consent to the use of ALL the cookies. However, you may visit "Cookie Settings" to provide a controlled consent. Read More
Cookie SettingsAccept All
Manage consent

This website uses cookies to improve your experience while you navigate through the website. Out of these, the cookies that are categorized as necessary are stored on your browser as they are essential for the working of basic functionalities of the website. We also use third-party cookies that help us analyze and understand how you use this website. These cookies will be stored in your browser only with your consent. You also have the option to opt-out of these cookies. But opting out of some of these cookies may affect your browsing experience.
Necessary Always Enabled
Necessary cookies are absolutely essential for the website to function properly. These cookies ensure basic functionalities and security features of the website, anonymously.
Functional
Functional cookies help to perform certain functionalities like sharing the content of the website on social media platforms, collect feedbacks, and other third-party features.
Performance
Performance cookies are used to understand and analyze the key performance indexes of the website which helps in delivering a better user experience for the visitors.
Analytics
Analytical cookies are used to understand how visitors interact with the website. These cookies help provide information on metrics the number of visitors, bounce rate, traffic source, etc.
Advertisement
Advertisement cookies are used to provide visitors with relevant ads and marketing campaigns. These cookies track visitors across websites and collect information to provide customized ads.
Others
Other uncategorized cookies are those that are being analyzed and have not been classified into a category as yet.
SAVE & ACCEPT